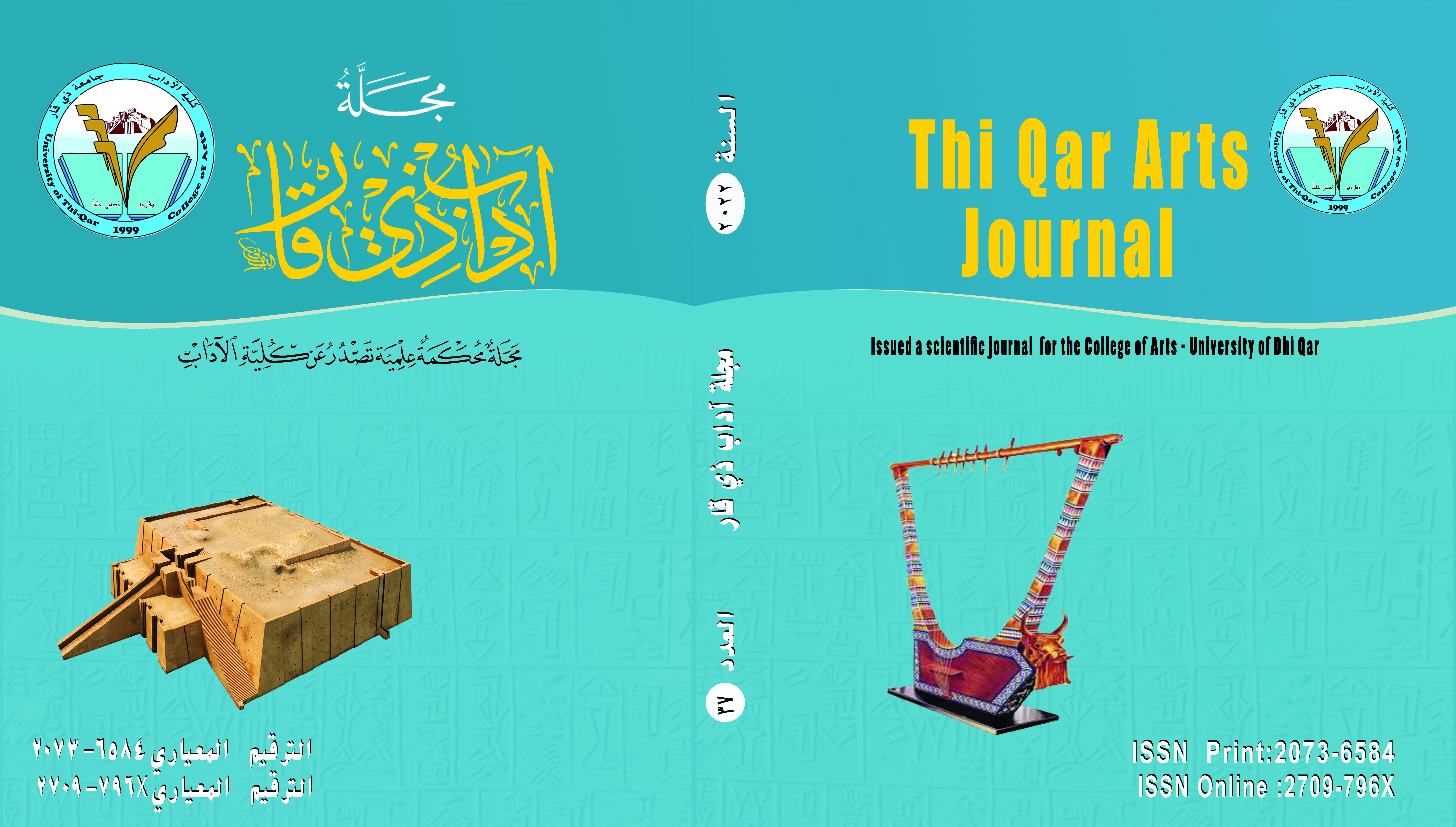 With the issuance of the thirty-seven issue of the magazine (Arts of Thi-Qar), the magazine will have completed twelve years of a scientific career, in which the efforts of the best professors of the college who did not stop working to achieve a promise they made to themselves that the College of Arts / University of Thi-Qar have its scientific imprint in the literary fields not only in Iraq, but in all Arab countries as well.

The issue witnessed a great development in its topics, design, and wonderful artistic direction, and this development comes from the editorial board's keenness to apply international standards approved in the publication of scientific research. Also; the efforts of the technicians who were keen to get it out in the most beautiful way, and one of them is to mention Mr. Azhar Nour Al-Ghalbi

The editorial board has been keen to consolidate scientific publishing in the Journal of Arts of Dhi Qar and verify it according to its scientific conditions, and on the occasion of the issuance of the thirty-six issue of the magazine, we cannot fail to mention the efforts of its editors-in-chief with all the best and we pray to God to grant them success in their work.

The editorial board sets its sights on keeping pace with the developments of scientific research and striving to obtain the factors of influence and entry into the Scopus containers.